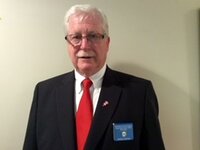 It is with great sadness that the family of Donald Wilfrid Daunais announces his passing at his home in Chilliwack on March 26, 2022, at the age of 75 yrs. Donald (Don) was born in Biggar, Sask. on December 10, 1946.
He was predeceased by his father, Charles Daunais; his mother, Hilda Daunais; and his sister Karen Paulette Blancard.
Don is survived by his loving wife Mary and their sons' Guy of Vernon and Scott (Elena) of Enderby, nine grandchildren, and one great-grandson, siblings, many cherished nieces, nephews and close relatives.
Don was an electrician by trade. He completed his apprenticeship through BCIT where he received his Journeyman’s papers and Red Seal. He was a member of the IBEW Local 213 and worked on many projects around the lower mainland until 1975 when he and a fellow electrician started their own electrical business in Surrey/Langley area. Don sponsored many apprenticeships in his years as a contractor.
In 1980, Don left his company to move his family to a small house on 320 acres in Horsefly in the Cariboo. Work was hard to find and a necessary move was made back to the Lower Mainland where he started another electrical company. Don was a contractor for 30 yrs. when he had the opportunity to join the electrical inspection department in Maple Ridge, where he retired in 2018 after 20 yrs. service.
Don loved to travel and camp with Mary and the boys, beginning when the boys were toddlers. In the early days of camping, it would be in the back of Don’s work van. Many road trips to Alberta and Disneyland. Don and Mary continued camping after the boys were grown and into his retirement. Cruising was another favourite – Alaska, Mediterranean, and the Caribbean. A trip to England, Scotland, Paris, and a stay in an Irish castle with good friends was a highlight for him. But most of all, he loved his Cariboo property.
Don was involved with minor lacrosse in Langley and Coquitlam and he was President of the Coquitlam Senior Adanacs for a term. He was also involved with the Knights of Columbus in Maple Ridge and past Grand Knight at St Patrick’s Parish in Maple Ridge.
In Don’s retirement he started to build and all but completed the cabin on the Horsefly property, he took up the guitar and golf and surrounded himself with good friends which he valued.