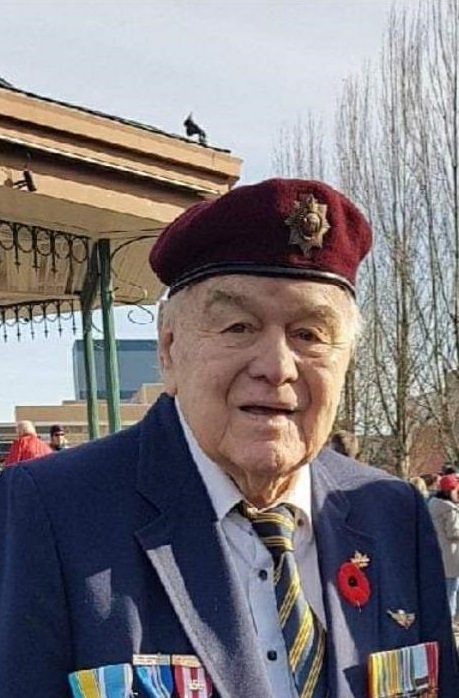 Bill was a Korean War Veteran born in Tatamagouche Nova Scotia. He served in the Canadian Military in the 3rd Battalion RCR from 1952- 1965. In Korea he survived one of war’s most brutal battles - the Battle of Hill 187. After the war he was employed as a Postman for 25 years where he enjoyed meeting many people and their pets along morning walks in the Maple Ridge community. He passed away peacefully in McKenney Creek Hospice predeceased by his loving wife Lorna of 60 years six months prior.  Part of his early life and Korean War stories were captured in a memoir book he wrote titled “Memories of a Reluctant Soldier”. In the book he states “No one is really gone as long as there is someone alive that remembers them.” These stories will be passed down to his surviving family Patrick (wife Kathy), daughter Elisa (husband Chris), and Grandson Chase. Bill had an intelligent mind a huge heart and the happiest smile. He was an avid reader and had a love for music, poetry, history, animals, nature and arts. His family and friends will miss him deeply.

A graveside service will be held for Bill and his wife Lorna at the Maple Ridge Cemetery on October 15, 2019 at 11am.

To send flowers to the family or plant a tree in memory of Arnold Jardine, please visit Tribute Store
Tuesday
15
October

Share Your Memory of
Arnold
Upload Your Memory View All Memories
Be the first to upload a memory!
Share A Memory
Send Flowers