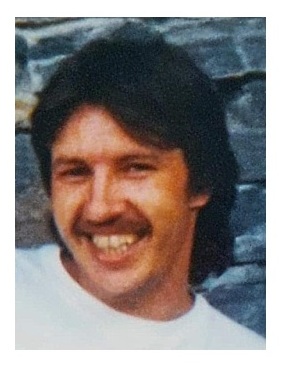 On April 28, 2020 Ronald Melvin Keith Kurtz passed away in his sleep at The Mckenney Creek Hospice in Maple Ridge BC at the age of 61. Ron is survived by his son Michael Secondiak (Mandy) grandchildren Lydia and Tye, and his daughter Randi Amato. Also surviving are his siblings and their families Richard Kurtz, Joan Scott (Ken), niece Crystal, nephews Glen and Aidan, Janet Harris (Pat) niece Lorelei and nephew Tim, and Cathy Tamblyn (Tim) nieces Kelsey and Mikayla. Ron was predeceased by his parents John and Iris Kurtz. Ron was born and raised in Kenora Ontario where he developed a great love of the outdoors. Ron lived an unconventional lifestyle that led him out to Western Canada where he eventually settled in Maple Ridge BC. While there he made many friends that, typical of Ron, became family. Ron held many varied jobs throughout his life, one of his favourites was that of a Beachcomber. Ron learned that he had cancer throughout his body in October 2019. He refused any treatment to prolong his life just choosing to manage the pain when it became too difficult. As Ron himself said in a Facebook post, “I thank everyone for their sympathy, but I don’t think anyone who knew me, myself included, thought I would make it this far. So have a drink and who knows anything is possible, peace and love to all.” Thanks goes to the staff at Mckenney Creek Hospice, social worker Leanne Klein, Ron’s many friends in Maple Ridge and also Garden Hill Cremation & Funeral Services for their care of Ron. Donations in Ron’s memory may be made to The Mckenney Creek Hospice 11762 Laity St. Maple Ridge BC V2X 5A3.
To plant a tree in memory of Ronald Kurtz, please visit Tribute Store
Services for Ronald Kurtz
There are no events scheduled. You can still show your support by planting a tree in memory of Ronald Kurtz.
Visit the Tribute Store

Share Your Memory of
Ronald
Upload Your Memory View All Memories
Be the first to upload a memory!
Share A Memory
Plant a Tree