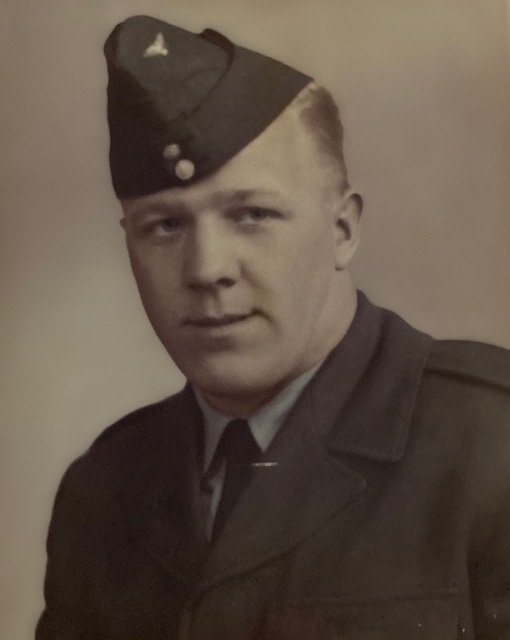 It is with deep sorrow the family announces the peaceful passing of Earl Robert Niddery at the age of 89 on July 16, 2020 in his home surrounded by the love of his family. Left to cherish his Loving memory are his children Lisa (Brian) Baker of Maple Ridge, BC, Earl (jr) Niddery (Karen) of Port Coquitlam, BC and Eddy Niddery (June) of Athabasca, Alberta, his grandchildren Tasha(Tyler)Lemyre , James Baker(Sommer), Kristina Niddery (Jordan) Kayla Niddery, and his adoring Great- Grandchildren Kiarah, Aaliyah, Emberleigh, Avery and Brailynn, Also survived by his Loving Sisters Betty (late Doug) MacRae of Ethelbert, MB and Dorothy (late Nebbie)Thrasher of Timmins, Ont, and by many nieces, nephews and cousins. He has forever joined his beloved parents Earl and Gwendolyn Niddery, his brother Andrew Niddery, and his sister Donna (Leonard) Pigeon. In his earlier years he joined the Service (became a long standing/involved Legion member) worked in the Timmins Mine, then became an Ironworker, once he moved his family to BC.. He enjoyed “shooting pool” ,playing cards and he loved to travel (spending over 10 years travelling in his motorhome to Mexico for the winters) He was especially good at carpentry, renovating/building his home and Restaurant in White Rock, where he raised his family. The family’s fondest memories were made not only by enjoying time together, but there was always a “life lesson to be learned” He was very loved and will be greatly missed! The family would like to extend a heartfelt “Thank you” to the Logue family at the Garden Hill Cremation and Funeral Services for their caring and thoughtful attention to detail through this entire journey!
To send flowers to the family or plant a tree in memory of Earl Niddery, please visit Tribute Store

Share Your Memory of
Earl
Upload Your Memory View All Memories
Be the first to upload a memory!
Share A Memory
Send Flowers