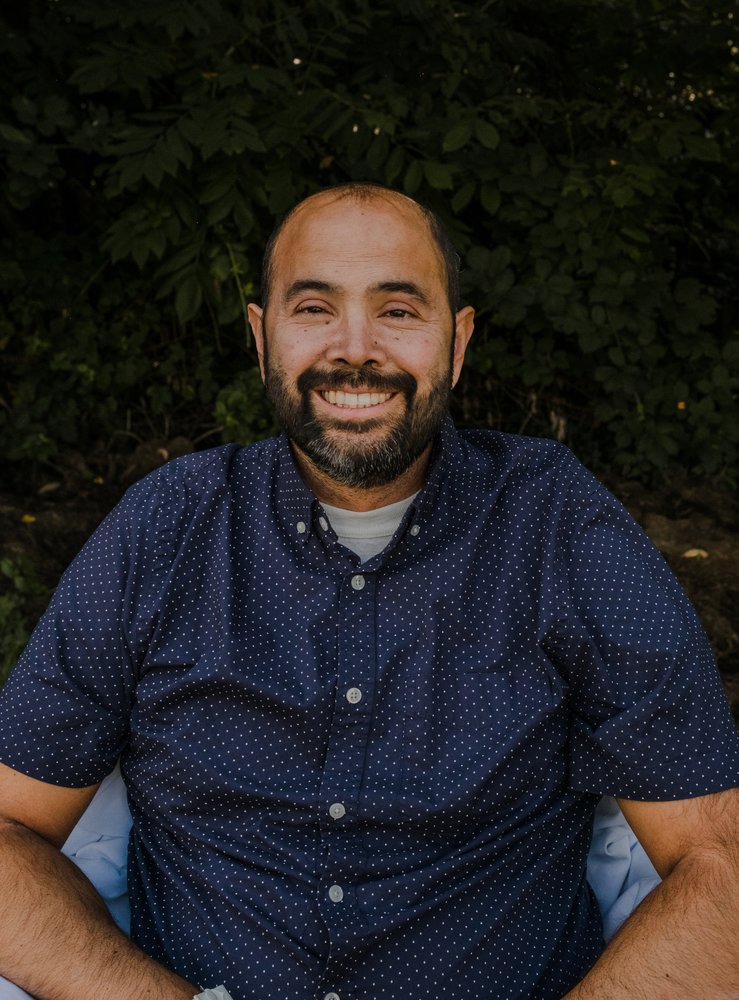 It is with heavy hearts that we announce the passing of our dear friend, father, brother, husband, and son, Michael Anthony Kalalo Pedrosa. Mike passed away peacefully at home on October 10, 2020, surrounded by family and loved ones after a courageous ten-year battle with cancer.

Mike was a source of joy to those who had the privilege of knowing him. He will be missed every day by his wife Ida, children Luca (11), Amalia (8), and Iris (6), parents Antonio and Lelita, older brother Paul and younger brother Mark, and by his family and the many friends who were richly blessed by their time with him.

Mike was born on December 24, 1978, in Trail, B.C. He had an exuberant spirit and enjoyed acting with his brothers, wrestling, and playing soccer whenever possible. As a proud paperboy for the Trail Daily Times, Mike performed his job diligently and was loved by all his clients, two traits that would characterize him throughout his life.

Mike attended J.L. Crowe Secondary School, where he made many lifelong friends who were drawn to his uniquely dynamic humour, creativity, and talents. Mike invented sports, created films, started bands, led soccer teams, and entertained crowds. At the age of 14, he helped the Kootenay South Selects (with his father, Tony, coaching) win the B.C. provincial soccer championship. He then represented B.C. on the U16 and U18 B.C. Selects soccer team, flying from Trail to Vancouver weekly to attend practices, and playing in tournaments throughout North America. Mike also greatly enjoyed numerous family trips to Portugal, where he made lasting bonds with family and new friends.

After graduating high school in 1996, Mike spent a year as an exchange student in Macaé, Brazil, where he honed his language skills by writing letters in Portuguese to his family. It was also a time where he deepened his relationship with God. He next spent a year at the University of Lethbridge on a soccer scholarship before transferring to the University of British Columbia, making Vancouver his home. Mike graduated from UBC in 2002 with a degree in International Relations. From 2003 to 2004 he travelled to Brazil (Macambinho) to lead youth groups and participate in community building and outreach.

In 2006, Mike began his career as an RCMP officer. He had a true calling as a policeman and personified the character and traits of the exemplar officer. Cadet Pedrosa distinguished himself during his training at Depot, maintaining high fitness standards and earning the Cross Pistols badge for exceptional marksmanship. Constable Pedrosa was honoured for his achievements and character by being selected valedictorian of Troop 18. In 2007, he joined the Ridge Meadows detachment and quickly became a valued member.

In 2008, Mike married his life’s love, “Eedles” (Ida), and they made Maple Ridge their home. Mike cherished Ida, and Ida adored Mike, and so they began their life of adventures, laughter, and good food. Three beautiful children followed soon after. His son “Bubba” (Luca) was born in 2009, daughter “Sweet Pea” (Amalia) in 2012, and daughter “Little Smalls” (Iris) in 2014. “Papa Daddy Man” was a devoted and loving father to his children. Mike always wanted to be near them, and when he wasn’t, he would proudly tell you about them. He took great pleasure in coaching his children’s soccer teams and was ever-present at recitals, plays, and practices. Mike helped create many fond memories of family trips to campsites, tulip festivals, Whitecaps games, Stanley Park for bike rides, Playland, Disneyland, Holland, Portugal, Oregon, and Trail. Together with Ida, they built a beautiful and loving home for their family and the many friends and family who would stop by for a welcomed visit.

On March 12, 2010, Mike suffered a grand mal seizure and was diagnosed with brain cancer. Although this limited him from active duty, Mike continued to demonstrate excellence and diligence in a variety of roles within the detachment. In 2012, he even completed a Master’s Degree in Criminology from the University of the Fraser Valley.

In 2015, Mike returned to active duty after being seizure-free for five years. Despite being without a gun all that time, Mike earned the Crown Pistols badge for perfect marksmanship, a rare achievement among RCMP officers. In recognition of his perseverance and the significant contributions he had made, the RCMP awarded Mike with the Will to Come Back Award in 2016.

Unfortunately, Mike’s return to active duty was brief. On September 7, 2016, Mike suffered a seizure while at court as the cancer had returned. Mike refused to be deterred by this setback, and he continued to serve his community with commitment, integrity, and an infectiously warm and positive attitude. Mike dedicated himself to his role as community and school liaison, making lasting impacts in the community through numerous initiatives and the many relationships he forged with students and individuals.

Mike loved the Lord and quietly lived his faith daily through his actions. He was a man of principle and integrity. He was a leader with a heart for serving others, and especially cared for the youth. Mike immersed himself in the community at West Coast Christian Fellowship in Vancouver. He was a youth leader during his university years and, with Ida by his side, led God’s Workshop (Sunday school). More recently, he served as an elder. He loved Scripture and on numerous occasions recited entire Bible books by memory.

Mike had such abilities to make people laugh and feel special. He loved and took an interest in everyone, making sure all were included and felt valued. He had a penchant for addressing everyone he met by name and then remembering each person’s name long after. Mike loved to give everyone fun nicknames based on a unique characteristic or inside joke. If you were fortunate, he would do a hilarious impression of you. His warm smile was shared freely and widely, to everyone’s delight. He was genuine and thoughtful. Dependable, and playful, and fearless. An indomitable lion. Mike was loved by so many people. He was just the very best of everything.

To view the service, please go to:

To send flowers to the family or plant a tree in memory of Michael Pedrosa, please visit Tribute Store

Share Your Memory of
Michael
Upload Your Memory View All Memories
Be the first to upload a memory!
Share A Memory
Send Flowers