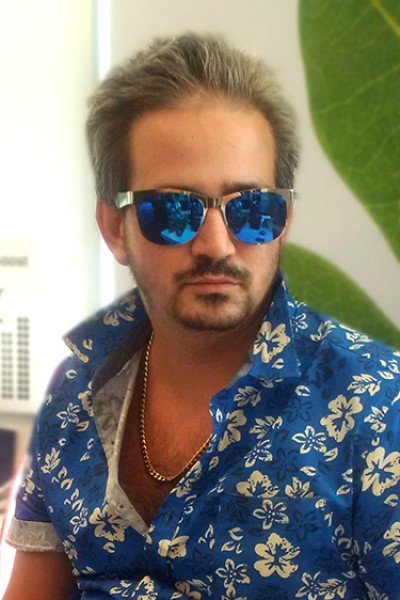 November 20, 1988 – December 1, 2020
It is with the heaviest of hearts and an unbearable sadness that we share with you that MATTHEW JAYMES KELSO aka…”KELSO” lost his long and exhausting battle with Brain Cancer on the morning of December 1, 2020.
Matt’s bravery was an inspiration to all who knew him while he fought tirelessly and courageously. You would never hear Matt complain but would always see his “Bring it On” attitude everyday for the past 7 1/2 years.
Matt was an adorable child filled with love, curiosity and a big love for puddles. He lived his whole live in Maple Ridge attending Harry Hooge, Thomas Haney, MRSS and then VF University. Matt loved the game of hockey playing 11 yrs with RMM Hockey, playing and co-coaching High School Hockey and Adult Hockey. During his younger years Matt worked at Twin Rinks and was a well respected referee for years. Matt loved his kitty cats like they were his own children teaching Groucho to play fetch and taking Layla #1 on drives, walks on her leash and for sleepovers. Layla #2 was lucky enough to spend the last almost 4 months, everyday, with his daddy.
Another love of Matt’s were the neighbourhood squirrels building a “squabstical” course over the pond and welcoming his favourites by name as they brought their friends. Everyone who knew Matt knew his #1 passion was his music. He was always happiest when he was on stage strumming one of his many guitars and Belting out the Blues with his powerful voice.
A Sunday with Kelso was racing from pub to pub to pub to get his name on as many Jam lists as possible. One of Matt’s biggest highlights and most memorable was his first night playing solo at the Yale Hotel. While not on stage Matt was attending concerts when he could. “The BEST time of his Life” Matt always said was the road trip he took with his Mom in his new Escalade to Indio California, Coachella, to attend the historic 3 day concert “Desert Trip”.
One of Matt’s endearing qualities (and there where many) was he totally walked to the beat of his own drum. Matt definitely had his own style and took fashion cues from no one. He had his own signature look that was his alone.
But what Matt was most proud of was being the driving force to bring additional ambulances to Maple Ridge where he lived his entire life. He started the petition one Saturday morning on Facebook and the next day (Sunday) he had multiple media reach out.
Matt stood outside Save On Foods in Maple Ridge and Pitt Meadows for hours every Saturday and Sunday for 8 weeks collecting signatures and listening to local residents share with him their touching stories and words of support. Between this and on-line Matt collected over 13,000 signatures.
One of Matt’s most appreciative and proud moments was when the then Member of Parliament, Dan Ruimy, spoke about and shared Matt’s story in the House of Commons to a standing ovation on World Cancer Day.
Matt and his infectious smile will be missed every single day by his Mom Glenna, his grandmother Bubby, (who he loved so much) his aunt & uncle Ron & Tracey, his cousins Geoff, Allyssa & Alex, his nephews Declan & Neville “Jaymes”, Matt loved the idea of being an uncle to Allyssa’s babies. He was proud and honoured to have Neville for his name sake and Declan’s visit on Matt’s birthday was magical, kind of made everything complete.
Matt also loved the fact he had family scattered across the country. He had his Uncle Jack and Auntie Anita who provided and shared many loving life long memories. He had Auntie Di & Uncle Jack, Auntie Rhonda, Uncle Glen & Aunt Iris, and cousins Heather, Jenna and Waylon.
He had Auntie Kelly and cousins Ryan, Chelsea, Braydon and Danielle. And of course his Kelso family Aunt Brenda, Uncle Doug, Pat and cousins David and Sean and many more family members. Also his friends that were with him through this difficult time…”B”, Rory, Joel and Trail.
A huge loving and sincere THANK YOU to the McKenney Creek Hospice. Thank you Dr. Qwan for all the extra time you spent with Matt and always thinking of the best ways to care for him.
Matt was surrounded by loving and caring nurses everyday and every night while he was at his second home, his last home. Those last few hours Matt had his Dream Team (the fav five) by his side to help guide him gently and lovingly as he was completing this journey as Matthew Jaymes Kelso moving on to his next chapter. You truly are Earth Angels.
Thank you to all those Dr.’s, Interns and nurses that were part of Matt’s medical team at one time or another since June 2013. Special thanks to Dr. Becket and Kelly, Dr. Smiljanic (Sasha), Dr. Nayar, Dr. S. Hughes, Dr. Toyota and Alouette Pharmacy
You have always been my HERO Matthew and my reason for everything in my life. I LOVE YOU for always and forever. Until we meet again my sweet boy, Mom xoxox

To send flowers to the family or plant a tree in memory of Matthew Kelso, please visit Tribute Store

Share Your Memory of
Matthew
Upload Your Memory View All Memories
Be the first to upload a memory!
Share A Memory
Send Flowers