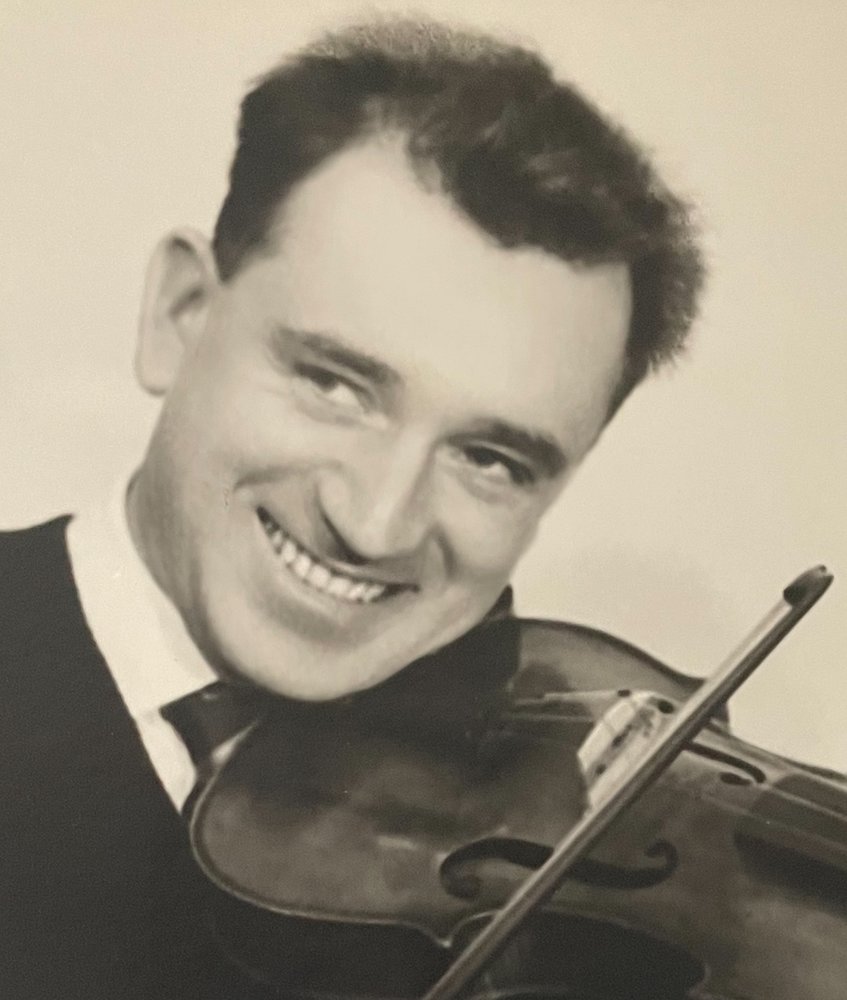 Please share a memory of Lumir to include in a keepsake book for family and friends.
View Tribute Book

Lumir Urbasek was born in a small town called Bohuslavice in Czechoslovakia (named at the time) on November 23, 1928. He was the only sibling till about fourteen years old when his oldest sister Liba was born in 1942 and later his younger sister Vlasta was born in 1944.

His parents were hard workers, working out in the farm fields at the time, so he was mostly raised by his grandmother. My father when he was a small boy went through the Great Depression, endured famine, and saw the German Army coming to his home looking for Jewish families who were trying to hide, fearing for their lives also. My father lived through the Second World War. He loved music very much and played the trumpet/violin in his younger years. He would play the trumpet at funeral processions in Czechoslovakia.

As a young adult my father owned a motorcycle at 28 years old and loved to go riding and hanging out with his friends.  He went to university and studied Theology for four years and got a degree in Theology.  He was deployed into the army where he became an army officer.  My father was a very disciplined person and regimented which was the result of being in the army.  After being in the army and not wanting to be part of it anymore, not liking the communist governments laws, he became part of the protestant church in his hometown where he preached sermons there.  He met is wife, Lydia in 1964 and they married on April 24, 1965 and in May 1966 their daughter Irene was born.

In 1968 my father, mother and I fled Czechoslovakia during the Russian Revolution to Calgary, Alberta (Canada). My father got a job there at the airport as a mechanic. In 1977 he moved his family to BC and got a job in the union as a machinist. He worked all over BC with his job. He retired at the age of 65. In 2009 he had a brain tumor (non cancerous) he had an operation and it was successful but a few years later he developed Dementia. In May 2018 his wife Lydia passed away from pancreatic cancer and he moved into a senior home in Surrey (Cherington Place), where he enjoyed his last three years there.

His passions were to hike everywhere there was a mountain including in Alberta, B.C., Washington. He also loved to travel around the world, his favourite place was Mexico, he loved the culture and the people down there. He loved to listen to classical music and also dance. He was much into reading books, and talking about religion and politics.

Lumir passed away on the morning of Thursday, June 3rd, 2021. He is survived by his daughter, Irene Vissia, her husband, Ron and grandchildren Jeremy and Jocelyn, also his two sisters in the Czech Republic Liba and Vlasta Dvorak, brother-in-law Ales Dvorak and his nephew Martin Dvorak and niece Diana Dvorak. He is predeceased by his wife Lydia in 2018. He will be missed as a father and grandfather.

To send flowers to the family or plant a tree in memory of Lumir Urbasek, please visit Tribute Store
Online Memory & Photo Sharing Event
Online Event
About this Event

Share Your Memory of
Lumir
Upload Your Memory View All Memories
Be the first to upload a memory!
Share A Memory
Send Flowers