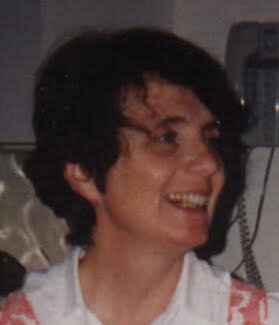 Please share a memory of Judith to include in a keepsake book for family and friends.
View Tribute Book

Judith was born in Halifax in 1943 to Jack and Marie Lang. Having moved to Montreal she graduated from John Rennie High School in 1960. She began a career in medical records, working at Montreal’s Queen Elizabeth Hospital and at the Halifax Infirmary. She then attended Notre Dame University in Nelson, BC where she completed a B.S. in Medical Records Library Sciences. She met and married philosophy professor Martin L. Brown. They were wed on May 16, 1970 in Nelson and raised their three children there. After Martin’s retirement, Judy worked in property appraisals and at Kootenay Lake District Hospital. In 1997, the two sold their Nelson home and relocated to Maple Ridge. Judy continued to scour the internet and used bookshops to find deals to fill parish libraries, the bookshelves of a few homeschools, and the library of Traditional Learning Academy where she developed a reading program.

Judith was dedicated to her faith and her family, and through her involvement at church and her spiritual life, her family grew to include many beloved souls. Found in her Bible are many passages underlined and highlighted, demonstrating her love for her husband and for a life motivated by the inspiration of the Holy Spirit. Bibliophile, breastfeeding advocate, Church history student, and pro-life warrior, Judy passed away on September 6 at the age of 78.

She was preceded in death by her parents, and is survived by her beloved husband of 51 years, Martin; siblings Heather Akin and John Lang of Ontario; son Michael (Christine) of Spokane, Washington; daughter Miriam (Omar) Gutierrez of Omaha, Nebraska; son Kevin (Lisa) of Richmond; and her grandchildren—Nicole, Andrew, Maximilian, Carrington, Carlos, Gemma, Nino, Paco, and Zita—who will remember her fondly as “Nana Jetball.”

Vigil rosary and Requiem Mass will be at Vancouver’s Holy Family Parish on Sept. 17 at 7 p.m. and Sept. 18 at 11 a.m. respectively. Donations to the parish’s stained glass fund are appreciated in lieu of flowers.

To send flowers to the family or plant a tree in memory of Judith Brown, please visit Tribute Store
Online Memory & Photo Sharing Event
Online Event
About this Event

Share Your Memory of
Judith
Upload Your Memory View All Memories
Be the first to upload a memory!
Share A Memory
Send Flowers