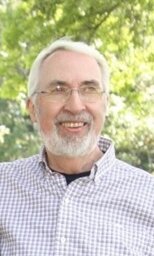 Please share a memory of Richard to include in a keepsake book for family and friends.
View Tribute Book

Dick passed away peacefully with his family and friends at his side.  Many thanks to the staff at Guildford Seniors Village for their great care during his last year of life.

Dick was predeceased by his parents Fred and Marge.  Survived by his brother John, his wife Leona, and daughter Cathy (Al), grandchildren Taylor and Devin and son Doug, grandchildren Sawyer, Dawson, Quinn and Georgia.

Dick met his lovely wife Leona on a blind date on Valentine's Day in 1959 at Dick’s UBC fraternity party (“Sigma Chi”). They fell in love and were married two years later.  They lived a life full of family, friends, parties and travelling to warm places.

Dick graduated from UBC in 1965 with his BComm and his CA degrees.  He went on to partner in many successful businesses and before retirement was a practising Chartered Accountant (CPA,CA).

Dick loved his music and also loved to Curl with Leona.  The curling took them to many out of town bonspiels with friends.  His love of music was well known by his friends as he would tape the latest party tunes on his reel to reel tape recorder and be asked to bring it along to parties.  He never stopped loving music.  Even in his care home music would have him tapping his feet and singing along from time to time.

Community and friendship were also important to Dick; He is survived by very dear friends, neighbours, and two dogs.  To name a few; Rick, Maria and Darren and their two boys Adam and Daniel. His two dogs, Ziva and Silken and he was predeceased by his dog Boss.

In lieu of flowers, the family would appreciate a donation to the Alzheimer’s Society of BC. Alzheimers.ca/bc

To view the live stream and recording after please follow this link:

Share Your Memory of
Richard
Upload Your Memory View All Memories
Be the first to upload a memory!
Share A Memory