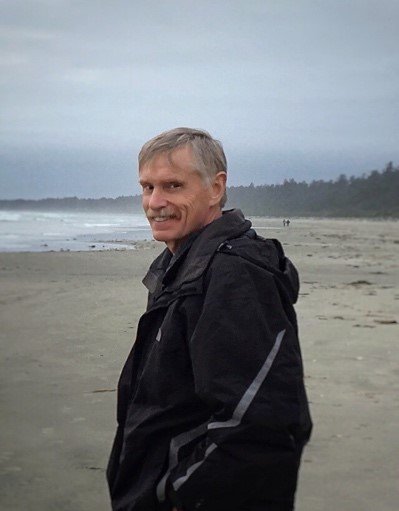 Please share a memory of Roger to include in a keepsake book for family and friends.
View Tribute Book

It is with great sadness that the family of Roger Williams announce his passing on January 28th, 2021 in Maple Ridge, BC.  Roger was born in Wirral, England on July 31st, 1955 and came over to Canada with his parents Tom and Dorothy Williams in April 1956.  They settled in West Vancouver, BC.

In his youth, Roger’s interest in the outdoors and hiking eventually led him into scouting and becoming a Queen Scout. Throughout his life, he continued to hike and camp with his family and friends. He also enjoyed travelling, archery, indoor soccer and regularly used his humour to make sure everyone in his proximity always had a smile.

Roger was a passionate teacher for 35 years, beginning at Skeena Secondary in Terrace, and then at Dr. F.D. Sinclair, Johnston Heights and finally Fraser Heights in Surrey. He was an inspirational Science teacher, specializing in Biology and Physics.  He was a cofounder of the Fraser Heights Science Academy, an avid supporter of the Physics Olympics team, as well as a tireless sponsor of both the grad and commencement committees. His students will remember him for his compassion and awesome stick figure drawings.

Roger is survived by his wife, Elizebeth, daughters Holly and Sasha, his mother Dorothy, brother Robert (Jeanette) and sisters Lorraine and Pippa (Chris). Roger was a truly devoted husband, father, son and brother. He was loved by all and will be forever missed by family and friends alike.

A service will be held at St. Patrick’s Catholic Church in Maple Ridge on Thursday, February 4th at 11 am and will be livestreamed. Open the link St. Patrick's Live Stream and then scroll down to the posting.

In lieu of flowers, please consider a donation to the BC Cancer Society or to the:

OR by sending a cheque payable to:

Celebration of life to take place after Covid-19 restrictions are lifted.

Share Your Memory of
Roger
Upload Your Memory View All Memories
Be the first to upload a memory!
Share A Memory