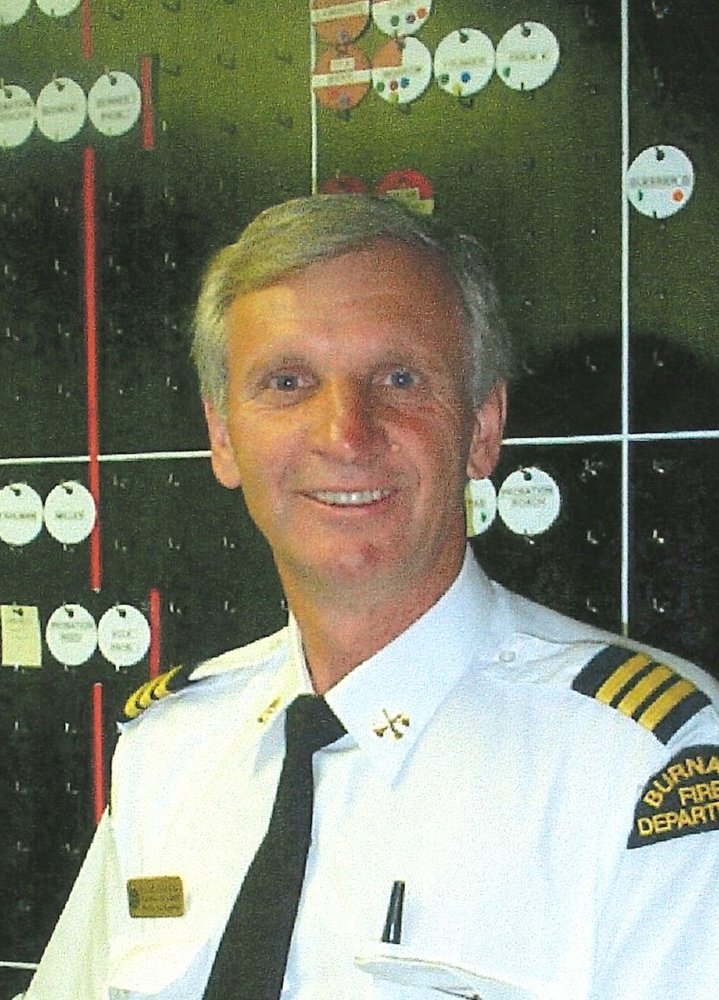 With his wife Diane by his side, Ed passed away peacefully on June 19, 2021.  He fought a courageous battle with cancer.

Ed was born on November 27, 1945 in Tisdale, Saskatchewan and graduated from High School in Prairie River, Saskatchewan. After graduation, Ed took a job in Thompson, Manitoba to begin training as a pilot and once licensed, pursued a career as a Commercial Pilot for Lamb Air.  While employed by Lamb Air, Ed flew passengers from Thompson, Manitoba to Rankin Inlet, NWT.  Due to a shortage of work with Lamb Air, Ed re-located to Winnipeg and secured a short-term position with A&W Food Services as a Manager, until he and Diane moved to B.C. in November of 1970.

In 1971, Ed began his career as a Fire Fighter with the City of Burnaby, where he enjoyed his employment until his retirement in 2003 as Acting Chief.  Ed loved to curl and played in a Fire Fighters' league before and after retirement.  His team entered many bonspiels and after winning the Provincials, the team went on to play in the Nationals in Brampton, Ontario, winning gold and again on another occasion, the team won the Provincials and went on to play in the Nationals in Longueuil, Quebec, winning silver.

Always bigger than life and known as 'Fast Eddie', Ed made an indelible impression on everyone he met.  He was a good and caring person to friends and family.  Those who were fortunate to know Ed, thought the world of him.  He was loved and will be greatly missed!

My heartfelt appreciation and sincere gratitude are given to the Doctors and Nursing Staff at Burnaby General Hospital and Palliative Care Ward for their compassionate care which was given to Ed during his stay there.

In lieu of flowers, in memory of Ed, donations made be made to the BC Cancer Foundation or Burnaby Fire Fighters' Burn Unit.

Due to the current Covid restrictions, a 'Celebration of Life' will be held at a later date.  Notification of the details will be posted on this website.

To send flowers to the family or plant a tree in memory of Edward Ferleyko, please visit Tribute Store
Online Memory & Photo Sharing Event
Online Event
About this Event